Last week I went with my family to the beach, as we do every year. I was pretty anxious to try out my iPhone 4s on the beach and see how useful it was. I won’t go into a lot of detail but I’ll just say that it was incredibly useful. From checking tidal patterns, to looking up different animals we saw to just playing a casual game on the porch, I used the phone a lot. But mostly, I wanted to use it to capture memories. 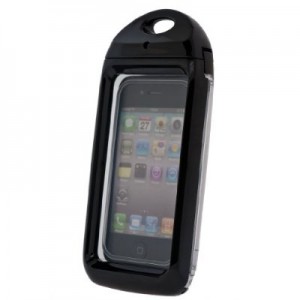 I usually bring our HDD Camcorder and DSLR down to the beach to take video and pictures but this poses a few problems: 1) They’re bulky and difficult to transport when you also have two kids, a wagon and all the beach supplies that go along with that, 2) it puts both those pieces of electronics at risk of getting damaged by water, sand or mass crab attack (not really the last one) and 3) Any time I move one of those cameras from inside to outside, the temperature and humidity change causes the screen to fog and renders them useless for about 30 minutes. My goal was to use my iPhone 4s as the primary camera and video device on the beach since it takes great pictures and videos but I didn’t want to put it at too much risk either. Enter the Aqua Box Waterproof Smartphone Case.

I bought the Aqua Box from Amazon a few days before we left after a quick Google search and some review reading. It claims to completely protect your smartphone in up to ~20′ of water while still letting you use the touchscreen. This sounded exactly like what I needed.

Sure enough, the Aqua Box lived up to its claims. Now, I’m not a complete idiot, so before I put my phone in the case and jumped in the closest body of water, I tested it out by putting a folded up paper towel in the case and challenging it to a dunk contest. I held it under water, shook it around, poked the rubbery front screen and then checked to see what damage had been done. Not a drop on the paper towel and zero moisture in the case. After that, I felt pretty comfortable putting my phone in. 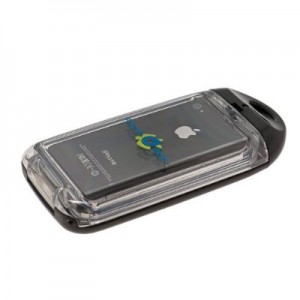 The phone fit well in the case and the screen responded surprisingly well. I could navigate various apps very easily and even hear the audio on videos I had taken. I wasn’t sure if being in a case would make my pictures look blurry or foggy in any way and I’m happy to report it seemed to have no noticeable affect on picture quality. In fact, looking back at pictures, I wouldn’t know which ones were taken in the case and which ones weren’t.
The Aqua Box also held up to sand really well. The twist mechanism at the top that ensures your phone isn’t going anywhere does a great job of keep water and sand out even when you’re opening it to remove the phone. The plastic on the back felt tough and didn’t get a single scratch on it even after being dropped in the sand, water and being duct taped to the front of a toy truck. (More on that in a moment.) And although I never used it, the case comes with a floating lanyard so you don’t completely lose it at sea if a wave takes you out. 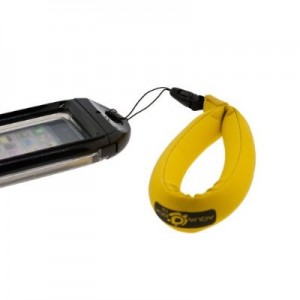 There are a few downsides to using the Aqua Box. For example, you can’t take pictures under water. Once the device goes under, the screen can’t tell when you’re touching it and won’t register your finger  (although, you can start a video above water then move the phone to under water). You also have no access to any of the hardware buttons. That meant my battery drained a little quicker than normal because I couldn’t turn the screen off every time I was done using it but instead had to wait for it to shut off itself. It also meant that I couldn’t adjust the volume on a video I wanted to play back without taking the phone out of the case. This Aqua Box also wouldn’t be a good solution for someone that wants to listen to music given that the headphone jack is inaccessible.Here are a few photos I took with my iPhone 4s while it was in the Aqua Box Waterproof Case…
[Click to embiggen] 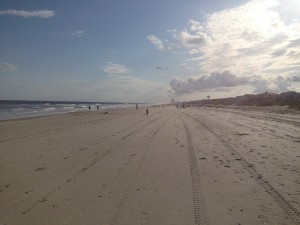 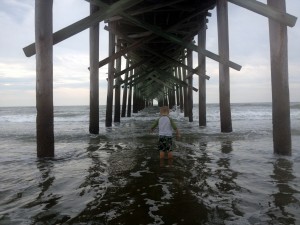 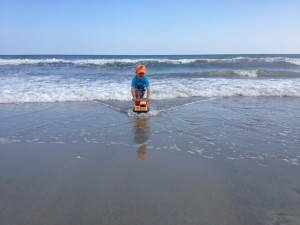 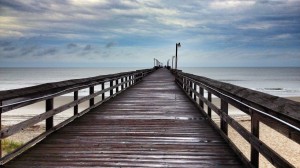 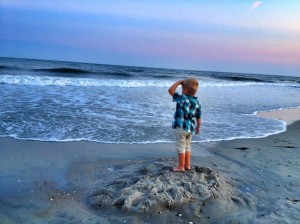 And here are two videos taken in the case. The first is a video of each of my kids jumping in the pool. The second video was taken with the case taped to a toy truck my son was pushing around the sand. We made a big race track for him to run around on and then let the camera roll. He loved seeing the race in first person view when it was all done!

The Aqua Box Waterproof Smartphone case is a great case for the iPhone 4s to use at the beach, pool or anywhere you plan on getting wet or dirty. I could see it being very useful at events like The Color Run or Warrior Dash as well. It’s tough enough to stand up to pretty harsh environments while still letting you use the most important features of your phone. I used it with the iPhone 4s but it is capable of holding tons of other smartphones as well. If you end up giving it a try or have another case you prefer, let us know in the comments!